What is Israel Advocacy?

“Israel Advocacy” is defined as making the case for Israel in the broadest sense in order to support Israel as the democratic nation-state of the Jewish people, with the absolute right to live in peace and security as a member of the community of nations.

Through lectures, films, speakers and other programs, Israel Advocacy engages the community and synagogue in activities that build a positive relationship with Israel. This is accomplished by educating about Israel and promoting civil dialogue among the constituents whose views fall within the broad spectrum of viewpoints based on support for Israel as a Jewish and democratic state. This means that while we agree on the main principles of making the case for Israel and Zionism, we don’t have to accept every policy of the Israeli government or defend every official in every case.

Advocacy is NOT the same as Public Relations or Marketing. However, it uses many of the SAME techniques to counter their use by those who seek to delegitimize the State of Israel.  At the same time, Israel Advocacy seeks not just to defend Israel against the charges of the “BDS” Movement but also to broaden the conversation about Israel to focus attention away from the conflict issues to the myriad advances in science, medicine, high tech, agriculture, culture, etc that Israel has to offer. Our mission is to strengthen and support American-Israeli relations by finding those common values, issues and activities that positively motivate us all.

A Prayer for the State of Israel 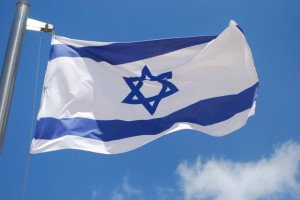 Click Here for a 1 hour presentation by Rabbi Mark Golub of JBS on the History of Israel from the end of World War I until today addressing the process and the prospect for Peace with a 2 State Solution. May 12, 2016 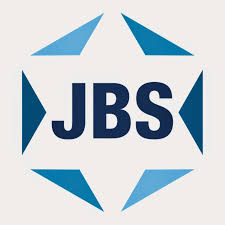 The United Nations Independent Commission of Inquiry on the 2014 Gaza conflict issued on June 22, 2015.

Key Preliminary Findings of the High Level International Military Group on the Gaza Conflict in 2014 as reported on June 12, 2015 by the Friends of Israel Initiative.

SAY NO TO BDS

Because Its Goals Harm Everyone!

Click Here for “Good News From Israel”.  You’ll find news of Israel’s Achievements and heartwarming stories from the Jewish State.

This video explains where the terms “West Bank”, “occupied territories” and “67 Borders” originated and how they are incorrectly used and applied.

This video explains that the reason there is no successful peace process is because of decades of Palestinian and Arab recalcitrance and the main reason for the conflict is not Israel’s presence in the West Bank, but successive Palestinian leaders resistance to Jewish sovereignty.

This video explains the reason there are still refugees after more than six decades is because of Arab leaders’ recalcitrance to accept their brethren and the United Nations which created a separate agency with unique principles and criteria. The video also highlights the issue of the Jewish refugees who were forced out of their homes in the Arab world, and were subsequently absorbed by the State of Israel.

What would be considered Defensible Borders?

Inside Israel-The Reality of the Beauty of Modern Israel

A Great Resource on Israel Today

A Tiny State We All Embrace!

We are working toward enrolling 100% of the members of our synagogue in MERCAZ-USA, the Zionist Organization of the Conservative Movement! Show your support…be  engaged, involved and active…become a  member of MERCAZ and Israel Advocacy!

Documented Evidence – What Is Used To Determine Facts

The American Zionist Movement is a coalition of groups and individuals committed to Zionism: the idea that the Jewish people is one people with a shared history, values and language.

Ameinu, Hebrew for “Our People,” is a national, multi-generational community of progressive Jews in North America. As Zionists, we understand that a secure peace between Israel and its neighbors is essential to the survival of a democratic Jewish state.

Read this insightful blog, Israel, Torah and Me, written by Nolan Lebovitz, through the Jewish Journal.

Nolan Lebovitz was born and raised in Highland Park, Illinois.  Growing up, he belonged to North Suburban Synagogue Beth-El in Highland Park and attended Solomon Schechter Day School.  He spent many summers in Israel.  He traveled to Los Angeles to attend the University of Southern California. In 2011, Nolan began his studies at the Ziegler School of Rabbinic Studies at the American Jewish University. He is proud to begin his second year as the Rabbinic Intern at Sinai Temple in Los Angeles.